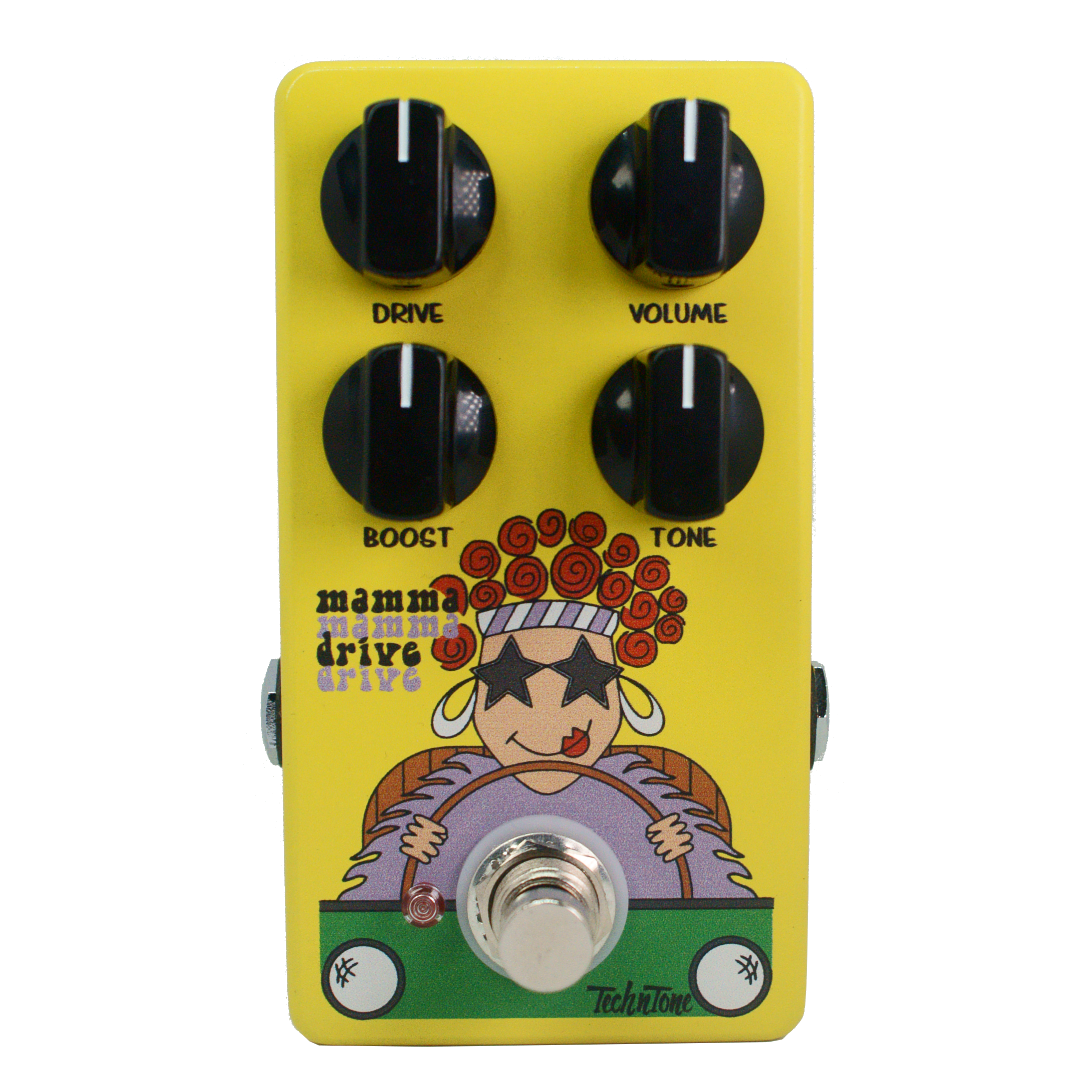 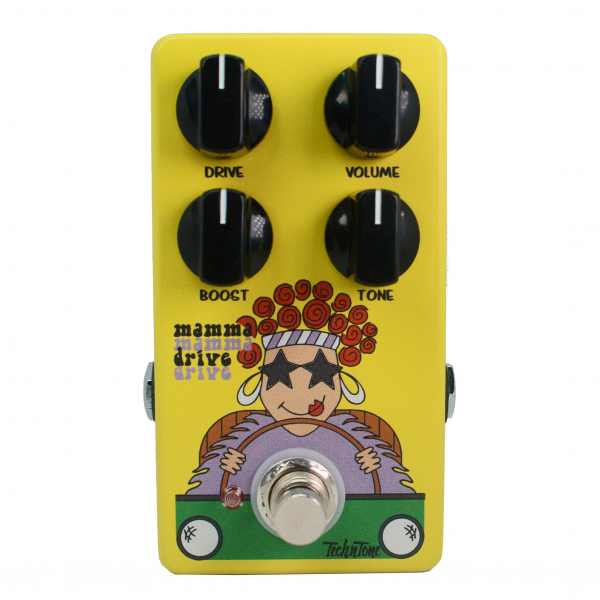 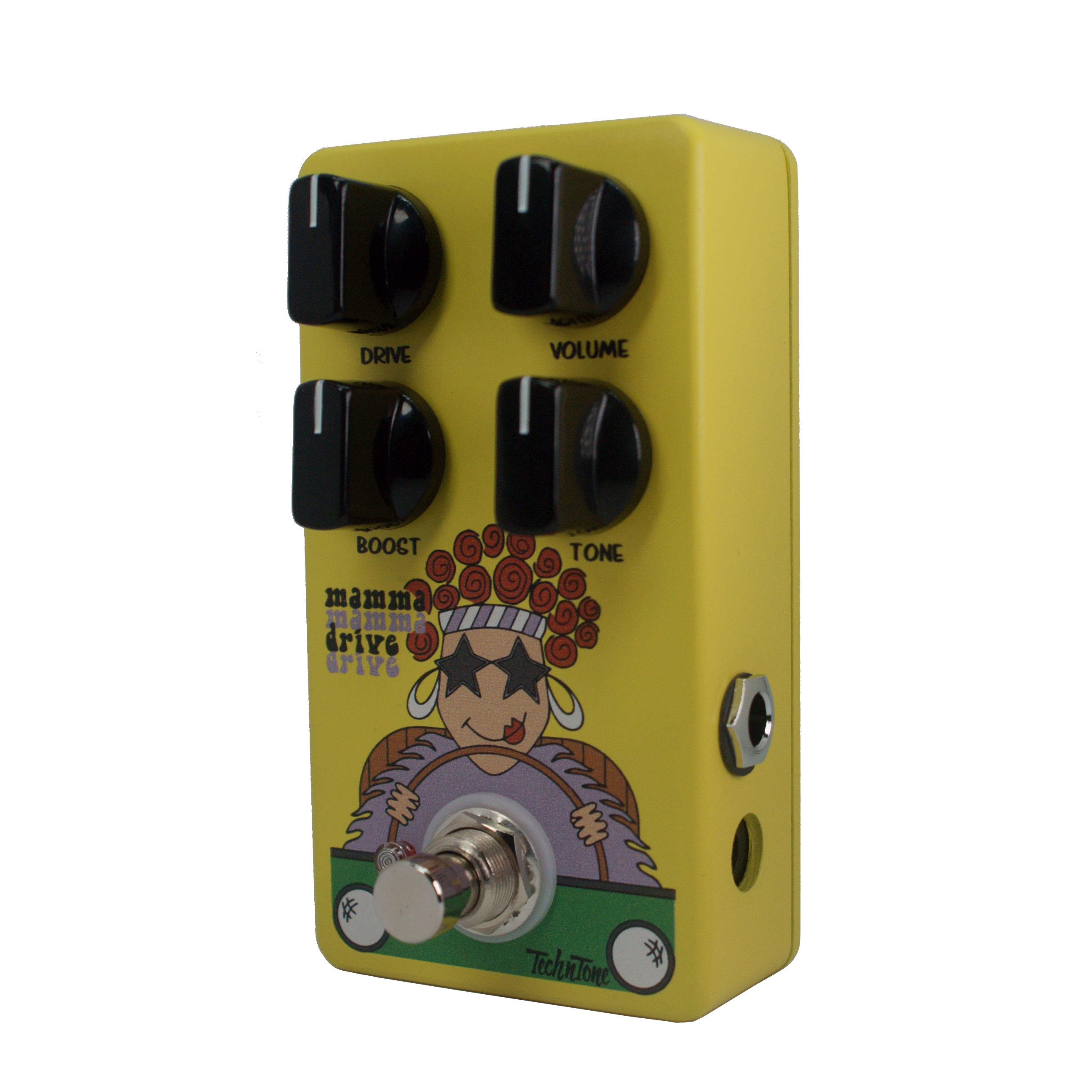 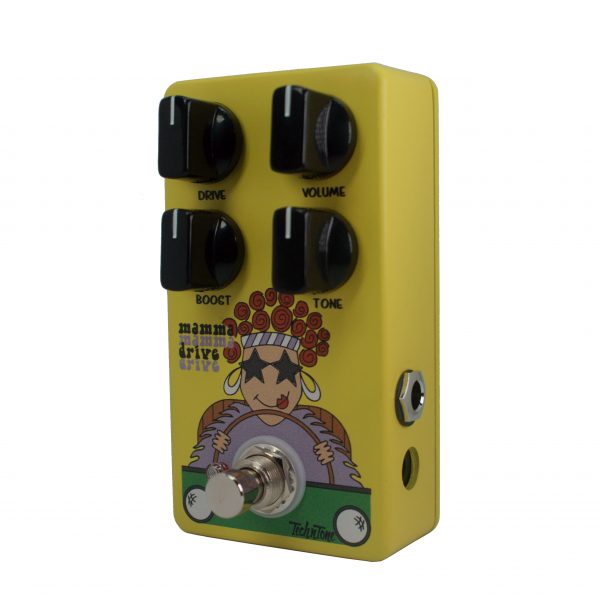 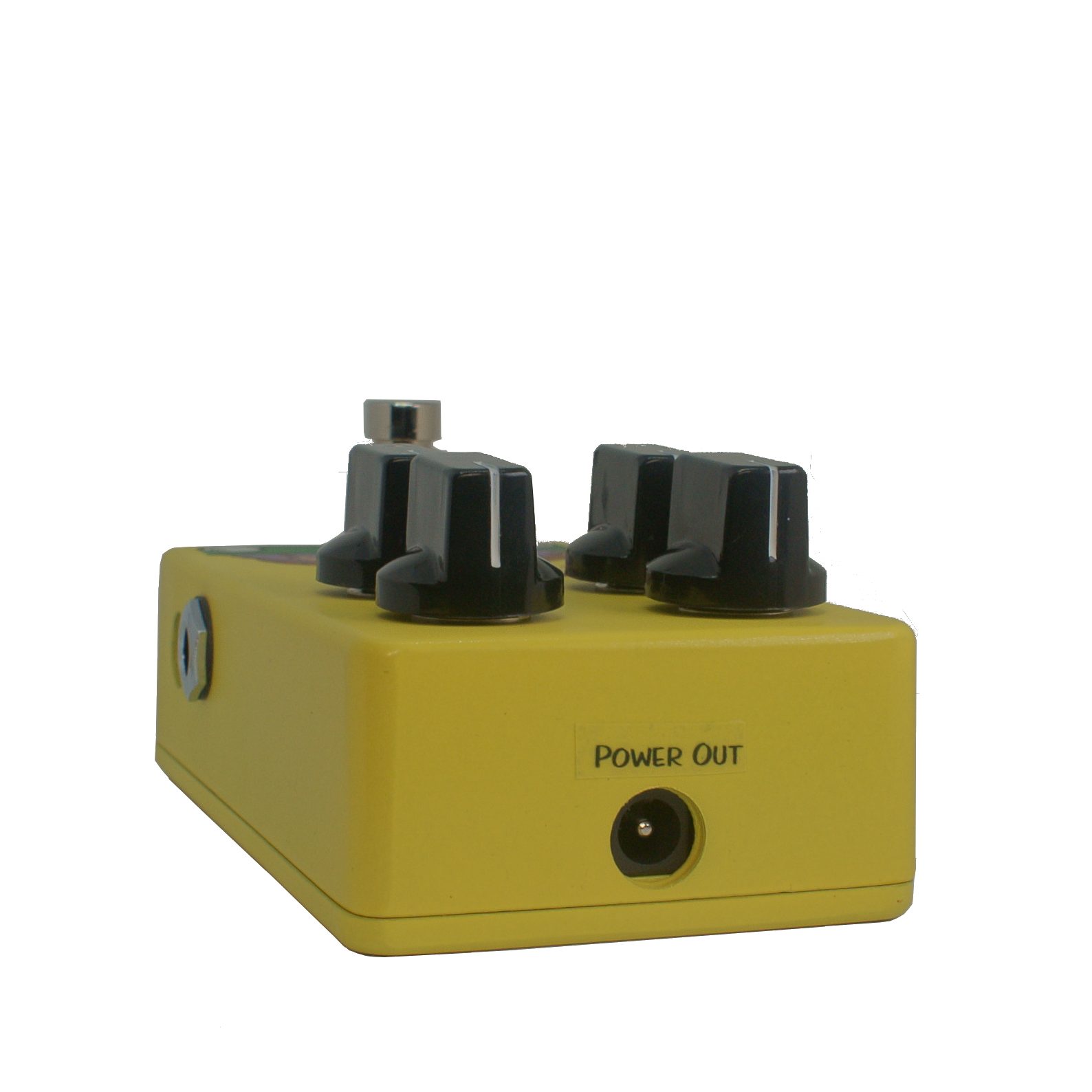 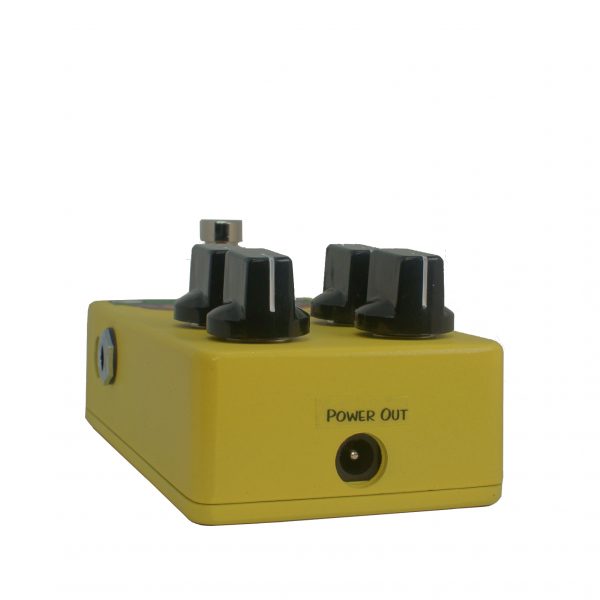 The Mamma Drive is a vintage amp-in-a-box with modern sophistication. With a typical 4 knob configuration it offers simplicity but also a range of unique tones due to a very interactive nature of its settings. From low-gain bluesy sounds to mid to high gain classic rock through indie and modern rock n’ roll, Mamma Drive will be your best friend. Use it alone directly between your guitar and amp or in conjunction with a boost pedal (it will couple really well with the Papa Boost…obviously!) and there you go…you have added an interesting range of new tones to your sound.

The Volume knob works just as the Master Volume of an old mono channel amp, adding sagging and fuzz at higher settings. The Drive knob is deceptively simple and not only adds distortion and sagging clipping but also modifies the mids and highs harmonic structure for a balanced tone and uniquely vintage feel at any drive settings. The Boost is the “time machine” knob that adds fuller low end and more modern sustain. The tone control allows you to dial in the character and adjust your tone to your amp and guitar.

Interactive controls for a range of unique sonic possibilities

Mamma Drive is a simple pedal with a hidden sophistication. Its original circuit winks at the simplicity of the old pedal technologies but adds modern complexity and sophistication to its character that is closer to modern pedals. There are 4 simple controls but they are highly interactive and each with a specific function that adds to the character of the resulting sound. The paragraphs below break down all those functions but while reading them do keep in mind that each feature and each knob will need to be considered in relation to the others too.

In addition to a sagging transistor clipping, the Mamma Drive circuit is characterised by several cascaded drive stages each one adding a different shade of overdrive to the tone. All this allows the Mamma Drive to have a sound rich of harmonics with a classic voice.

The Mamma Drive is in many ways a vintage amp in a box. The Volume knob works very much like a master volume would in an old valve amp…when over the 12 o’clock position it’s not just adding volume but also a deeper and deeper natural sagging and fuzzing effect, especially with humbucker pickups. Working on the Gain and Boost controls is like blending a bright channel to a darker/meatier, boost-like one in a vintage amp. It’s a lot of fun and a pretty interesting range of tones.

Believe it or not, the function of the gain knob is the hardest to explain. The design and tweaking of this control took the vast majority of the R&D time. Adding gain (knob turned clockwise) results not only in more clipping but also in blending in an higher portion of the clean signal AND, very importantly, in a different structure of the mid and high frequencies. As said above, all controls are very interactive but generally speaking with higher level of gain you will hear more of the mid and higher frequency harmonics while maintaining a very balanced low and low-mid range. All in all the Mamma Drive maintains a very uniquely vintage character at any gain setting.

The Boost knob is probably the more relatively “modern” control. You can think of it as the “time machine” control…turning the knob to the right brings you from the past to the present. Higher level of boosts make the tone fuller with deeper low end and modern sustain. If you add the Volume to the mix consider that any addition past approximately the 12 o’clock can add more sagging, more of that fuzz effect that was so loved by the giants of the past. And then there is the tone control…

Tone Control: adjust it with the other controls to dial in your favourite character

The tone control is a relatively straight forward passive low-pass filter. We should add though that, thanks to the drive and blend stages of the Mamma Drive circuit, the tone knob won’t just brighten or darken your tone…it will adjust the character of your sound. Generally speaking, for instance, at lower Boost settings more Tone would give a more vintage character, especially with single coils, but with low Drive and High Boost, the tone will act more as you would expect from a passive tone control and add more glass to your sound. At higher volume levels, and with a pushed amp, turning up the tone control will push Mamma Drive towards fuzz territory and accentuate the SAG effect. As always, listen, turn the knobs and listen again…your ears will be the best judges.

Like Turbo Nonna, also Mamma Drive is a generous one! And she likes clean and tidy pedalboards so feel free to use the power output outlet on the top face to daisy chain other pedals. It’s a straight forward parallel connection therefore the output voltage will be just the same as the one you will input to Mamma Drive through the power input jack.